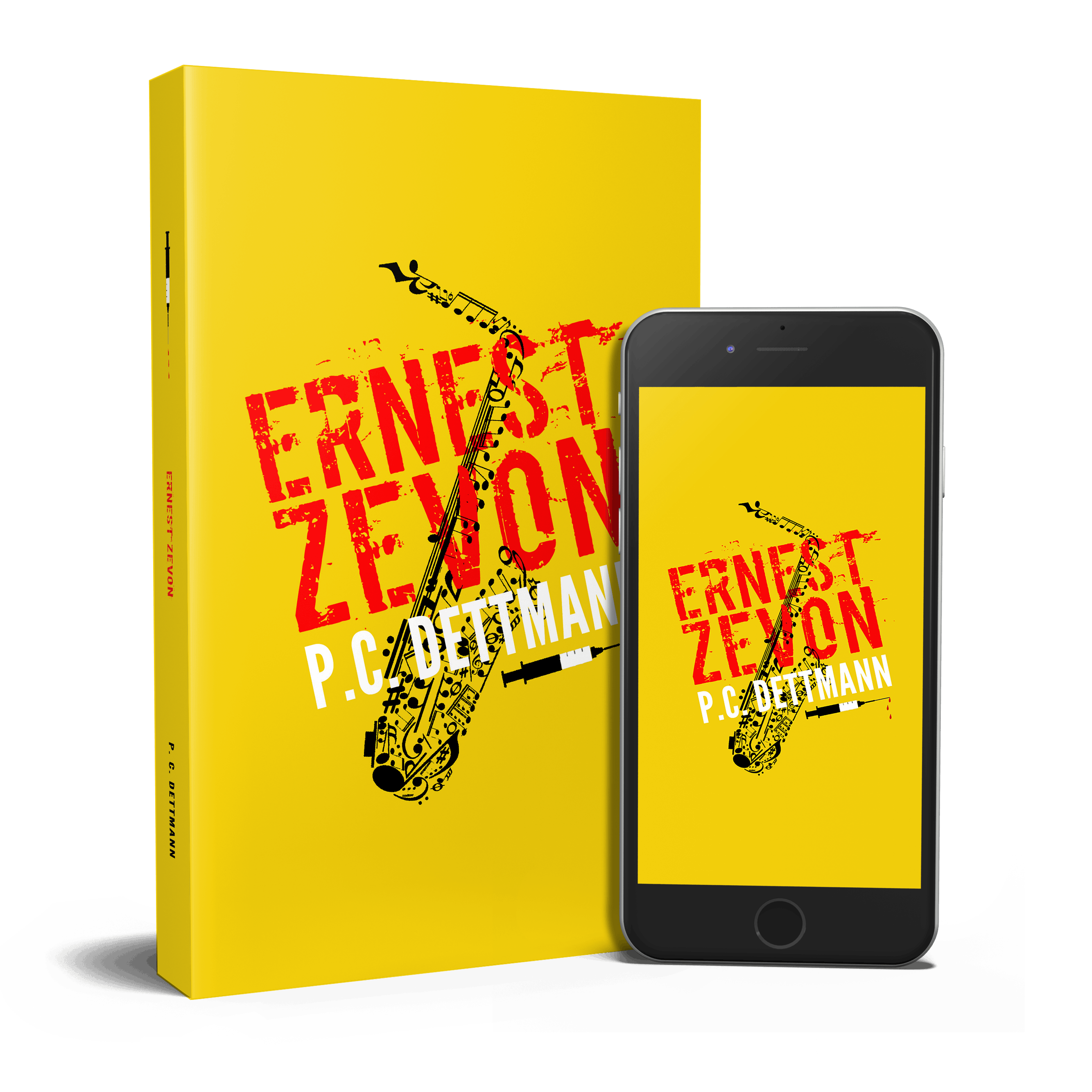 Get my crime story set in the Soho music scene for free!

P. C. DETTMANN is the London-based, Yorkshire-born writer of ERNEST ZEVON, the first book in a crime series like no other. Featuring the beautiful saxophonist, Jorja Pearson.

Ernest Zevon is a jaded London musician and drug dealer. His life changes when a beautiful saxophonist befriends him in a Soho bar. They tour the country in a new crime caper from an original British author.

Masterfully crafted by prolific writer, P.C. Dettmann, Ernest Zevon embroils readers in the dark and fascinating underworld of Soho, as an unlikely friendship sparks between two musicians, and they tour the country to do far more than innocently play music. Romantic yet chilling, the narrative could easily have inspired a song by the late Leonard Cohen.

“From the innocent sound of the saxophone to the hardcore world of drugs, this is an adventure that’s highly original and will stand as totally unique in the marketplace. It’s chock-full of music, crime, and everything that makes the real-world characters who inspired Ernest so fascinating.”